If there’s one thing my mother has taught me it’s that single does not mean lonely and that being in a relationship does not mean happy. In this age of social media, people can often pity you for being single, but what they need to realise is that being single is more than just a status. Sometimes “I’m single” really means, “I refuse to settle for less”, or “I’m working on me right now”. We look at couples on social media and forget that we’re seeing a highlights reel, and are not privy to the behind the scenes footage. This often makes us feel undue pressure to get into a relationship we’re not ready for. Don’t let friends, family or societal pressure rush you into a relationship. And especially don’t let feelings of loneliness rush you into a relationship. The worst thing in life is not being alone; it’s being with someone who makes you feel alone.

Every romantic movie and song on the radio says you need somebody to complete you, but only self-love will complete you. Everyone wants to find “the one” but what if YOU are the one. Don’t wait for somebody to come along and make you happy – this is a guaranteed way to end up sad. If you’re unhappy, a relationship isn’t going to change this – in fact, it will amplify it. You have to make you happy.

However, this does not mean that while you are on your journey you are unworthy of love. Someone can still love you while you are learning to love yourself and in fact help you on your path. Don’t think that just because you are not skipping and jumping, the hills are alive with the sound of music happy that you are undeserving of love. Just as long as you feel whole and are not relying on that other person for validation, you are ready to love and be loved.

So the next time someone tries to console you and your singleness, shoulders back, head high, and wear it with honour and pride.

I’ve never been one for Valentine’s Day. Regardless of whether or not I was in a relationship. My feelings on the day are basically summed up in an episode of Buffy the Vampire Slayer aired in 1998, where a fringe character asks Buffy what her plans for the day are and she responds with “Valentine’s Day is just a cheap gimmick to sell cards and chocolate”. I even stole this line once to win a greetings card competition in my eighth grade English class. On the front of the card I wrote “Valentine’s Day is just a commercial gimmick used to sell cards and roses…” and on the inside I wrote, “…but for you I’ll make an exception”. Genius, right? Well it won me a mug and a box of chocolates.

I honestly don’t understand the appeal of the day. Can anyone explain it to me? Because everyone I know has very similar complaints, yet restaurants are booked out and the shops are stocked with their commercial crap, so evidently the masses are still buying into it. It was my birthday last week and my flawless Hubby bought me a beautiful bouquet of flowers that the florist told him outright would be going for two and a half times the price today. Apart from my argument above, there are also the arguments about why you would only spend one day a year celebrating your love for someone, when you should be showing them all year round. And what about the single people? This must really feel like a day deliberately set aside to make them feel like shit. Especially in high school, an extremely sensitive time in a young person’s development, when it is widely used as a fund-raising initiative but more so as a popularity contest to see who can collect the most roses. And to point out, most cruelly, who received nothing at all. 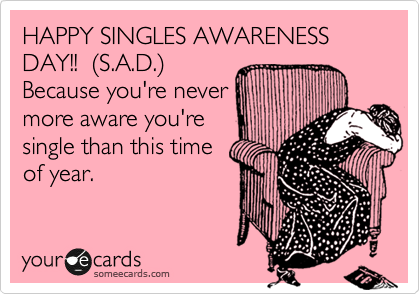 First of all, I would like to tackle this myth that no one will love you until you love yourself. It is a lie and it is damaging and hurtful. And I secretly believe the only people who perpetuate it are people in unhappy relationships who are trying to convince themselves that they are happy with who they are. The fact of life is that we are a constant work in progress. There are days you are going to be your own hero and days you are going to want to crawl under your duvet and die. This does not make you unworthy of love. So, stop believing that you need to achieve some unattainable degree of happiness and self-acceptance before you are deemed fit to join your life with another’s. In fact, often you will find the best partnership is with someone who teaches you how to better love yourself. How to be kinder to yourself, how to see the best in yourself and points out that all those “flaws” you knit pick at are actually quite endearing. 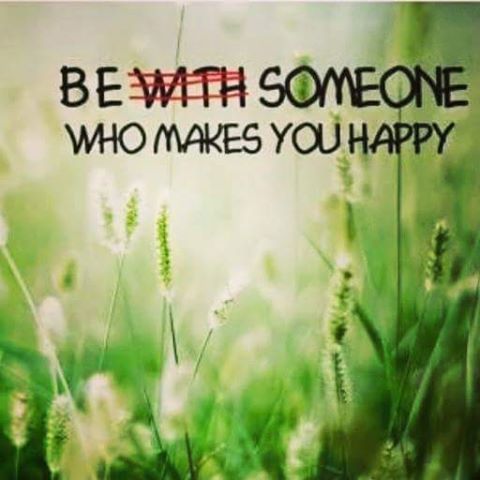 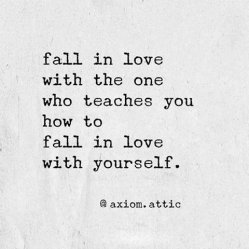 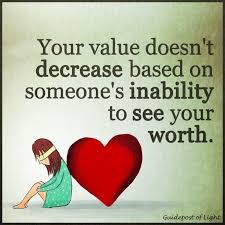 Secondly, I would like to make the point that you don’t need a Valentine. I’m pretty sure most single people are totally sick of hearing this, but just in case you’ve recently been cornered by an aunt or your mom had an extra glass of wine at lunch on Sunday and let slip that she’s worried she might never have grandchildren… I want to make sure you know you are already complete. You are not a fraction of a whole, you are not a freaking puzzle piece waiting to see where you fit, you are an absolute work of art as you are, and you don’t need someone else to come along to validate your existence (regardless of what auntie Mildred says). If you had a timeline worked out in high school that requires you to have been engaged six months ago to someone you haven’t met yet, please rip it up and move on immediately. Life doesn’t work according to timelines. Some people meet, get married and have kids within months. And some people have cats and are every kids’ favourite aunt or uncle. The point is, you determine your worth, and you have full permission to be happy all by yourself.

As you might expect, Hubby and I don’t celebrate Valentine’s Day. But it has always had special significance for me. If you had asked me last year what the 14th of February meant to me I would have said the same thing I had been saying since the year 2000: “It is my best friend’s birthday”. But this year if you asked me what the 14th of February means to me I would have to say “It was my best friend’s birthday”. I’m still getting used to that. The transition from is to was. He would have been 31 today. Traditionally I used to send him a soppy Valentine’s Day message and finish it with a “Oh yeah, and happy birthday”. And I would always send him a sound clip of Puddle of Mudd’s “She Hates Me” in honour of the time he dumped me on Valentine’s Day in 2002. Yup, our friendship survived a lot. 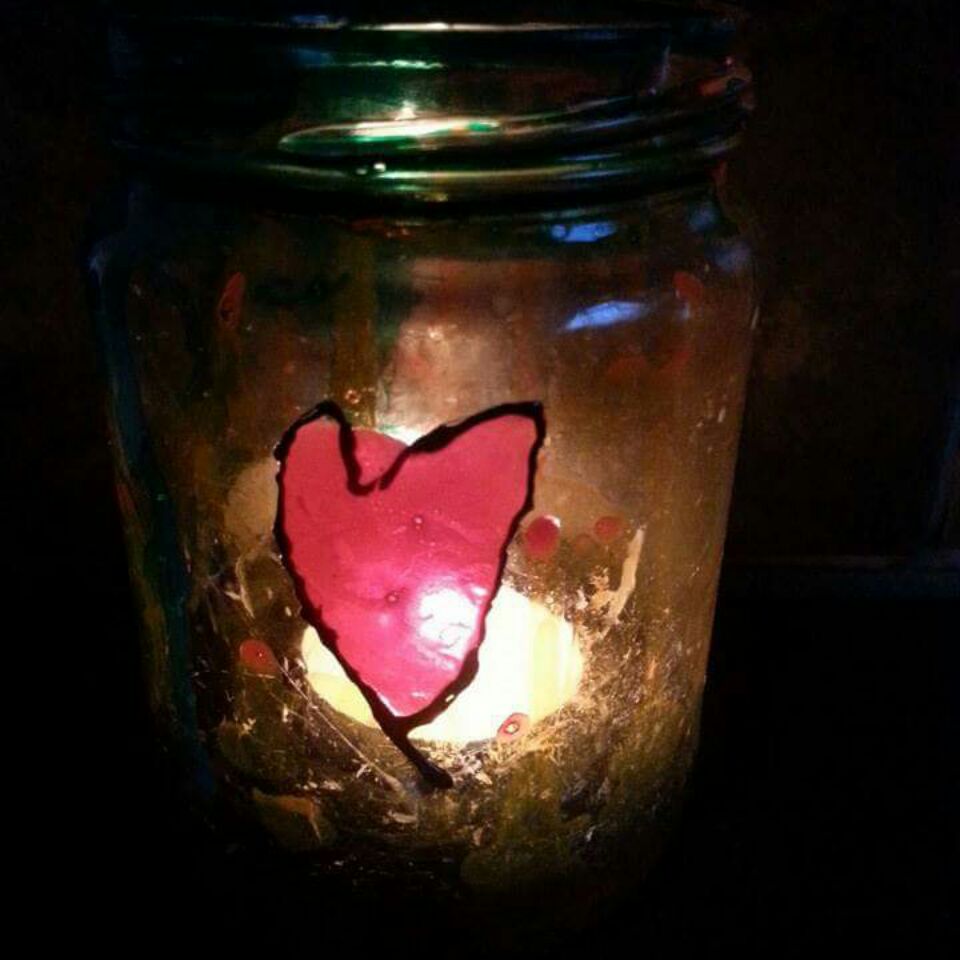 Michael consumed a lot of my thoughts today, as well as our shared love of music. But I also thought about other relationships and what brought me to where I am now. I made some shocking choices regarding my love life in the past. So many sad songs have been written about “the one that got away”. Adele’s “Someone Like You” immediately comes to mind, a song I absolutely adore. But when I think back on my own life, as much as I love that song, I would rather sum up my own love life as “Never mind, I’ll find someone ABSOLUTELY NOTHING LIKE YOU!!!!!!!” Which is exactly what I did. And so maybe on Valentine’s Day we should celebrate the ones we are so relieved got away! And what better way to do it than through music. And if Adele can’t help, I suggest we turn to Beyonce and the break up anthem “Best Thing I Never Had”… “THANK GOD YOU BLEW IT, THANK GOD I DODGED A BULLET… CAUSE HONESTLY YOU TURNED OUT TO BE THE BEST THING I NEVER HAD”.

If you’re looking for a little more angry chick music this Valentine’s Day, look no further than Kelly Clarkson’s “Never Again”, “NEVER AGAIN WILL I KISS YOU, NEVER AGAIN WILL I WANT TO, NEVER AGAIN WILL I LOVE YOU, NEVER!”. And although they’re happily back together now (good for them, right?! Bleh!) I will always love the image of P!nk riding a lawn mower down a main road singing “SO, SO WHAT I’M STILL A ROCK STAR, I GOT MY ROCK MOVES, AND I DON’T NEED YOU, AND GUESS WHAT, I’M HAVING MORE FUN, AND NOW THAT WE’RE DONE, I’M GONNA SHOW YOU TONIGHT!” It’s a cliché in itself, but clichés are clichés because they’re true: It’s better to be alone than with the wrong person. So, if you find yourself alone this Valentine’s Day or even if you’re not alone but the idea of celebrating seems lame, why not celebrate by rejoicing in the bad decisions you DIDN’T get stuck with. As Beyonce says: “THANK GOD I FOUND THE GOOD IN GOODYBYE! I WILL ALWAYS BE THE BEST THING YOU NEVER HAD!” 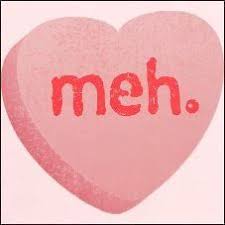